After years of waiting for one of HBO’s top television shows to hit the theaters, Entourage does not disappoint its long-time fans.

With celebrities in every scene, viewers keep their eyes peeled to the screen in the hopes of recognizing world-class athletes, top music industry leaders and even high-profiled actors.

The movie is a continuation of the television series, which aired in 2004; the final episode aired in September 2011 with the cast members seamlessly ending in their “right spots.”

The movie brings back memories of Sex and the City in that many perceive the show as a “boys” rendition of the famed “girls” television show. The combination of topless models, sex scenes with hot girls and supermodels, such as Emily Ratajkowski, the movie brings together everything men could ever want (including famed athletes such as Seahawks Super Bowl Champion Russell Wilson and New England Patriots Rob Gronkowski).

The plot of the movie feels like a prolonged episode, Ari Gold (Jeremy Piven) striving to go above and beyond for his clients in addition to his new role of running a California movie studio.

Spoiler alert: E ends of up Sloane (wait, didn’t the series end that way?), Drama gets the fame he deserves, Loyd (Rex Lee) gets his dream wedding, Turtle finally gets the girl of his dreams (don’t forget, he’s also rich throughout the whole movie), Vinnie gets his directorial debut and Ari  gets the fame, fortune and wife per usual.

What’s not to love?

We anticipated the cameos throughout the entire movie, but we didn’t foresee the following: 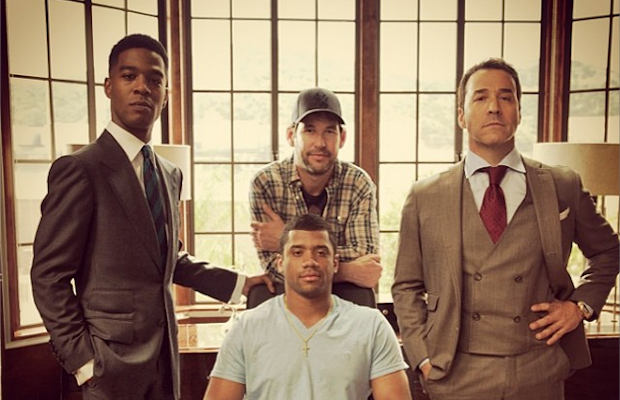 The movie lacks cinematic quality, but the acting reminds us of the television show we loved in the past. While critics deem the movie as “Boobs and Famous People,” the box office will still see a decent amount of ticket sales; solely because the movie is based from our favorite television show.

Entourage fans will love the film, but movie lovers won't enjoy the inside jokes from the television show.

Music Video: Walk It Talk It By Migos Featuring Drake Takes You On The Culture Ride